Construction Firms Turn to the Cloud ...

Cloud vs Hosted vs On-premise: Which ...

Why Your Construction Firm Needs a Cl...

Back to Blog Home

Is the New CSI Numbering Structure Here to Stay?

Are you still fluent in the 16 Construction Specifications Institute? If so, you might be surprised to 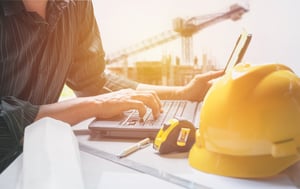 know it’s no longer being taught in many places. Universities like Wentworth are now only teaching the new 50 division codes to students, despite the fact that the 16 divisions are still used sporadically.

A language barrier between generations that could have a negative impact on your construction projects.

The Language Gap of the Construction Specifications Institute

The Construction Specifications Institute was founded to create a standardized database of construction specifications. The goal was to improve communication on projects by using a single numbering system and provide structure regarding timelines and budgets.

Before 2004, a simpler list of just 17 divisions (though commonly referred to as 16 divisions) for construction specifications existed. These divisions consisted of the following:

This MasterFormat was expanded to 50 divisions in 2004, some of which were specifically reserved for future expansion of the list. Identification numbers for each item expanded from five digits to six, forcing those familiar with the old system to either completely relearn everything they knew or forgo transitioning to the new system altogether.

Though the 16 divisions are no longer supported by the CSI, they are still used in some situations, which can complicate project details for those who are only familiar with the expanded 50 divisions.

Overcoming the Generational Differences of CSI

For those who have been in the business for decades, it could seem like a major investment to transition out of the 16 divisions and into the current system. Not only do you have more than twice as many divisions to learn, you also have more subcategories and other data to apply. If you’re new to the field, you may find yourself working with contractors who employ the old MasterFormat, something you won’t be familiar with.

While cross-referencing tools exist in helping to bridge this gap, there still exist inefficiencies in ensuring cohesive communication between the old and new specification systems. And even a single instance of miscommunication could have a severe effect on your project.

The construction industry continues to evolve, and the MasterFormat must change along with it. Even since its massive overhaul in 2004, the list acquired a new division in 2010 and several updates in the past four out of eight years since then. Compare today’s CSI with the one established in the 1960s and you’ll find they look almost nothing alike.

Sage systems were designed with this specific challenge in mind. Sage supports both identification structures and can easily translate between the two in collaboration efforts. It updates automatically so you never have to worry about outdated or irrelevant information.

If you’re still stuck on the old system, you don’t have to master the new one at a hefty expense. If you’re hiring newcomers (or are new to the field yourself), you’ll be able to speak the right language without confusion or inaccuracies.

Construction software helps remove the guesswork from CSI by maintaining a consistent, up-to-date database of all specifications. It’s the quickest way to stay updated on industry changes and new technologies and prepare accordingly.

Regardless of which system you’re currently using, you need to feel confident you’ve got the most accurate information. Find out more about how Sage can help you work smarter on every project.

7 Reasons Why a Contractor Needs an Accounting System

United Solutions provides unmatched software solutions and support for more than 3,000 clients in the construction, real estate industries. We enable our clients to operate at peak efficiency and maximize their profits.

Our experienced team provides clients with the full range of professional services, including training, consulting and support, across the Southeast and Northeast. 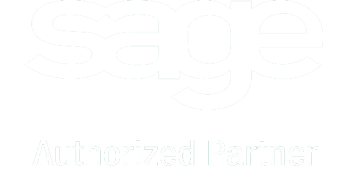